Infant ear deformities are very common, affecting as many as 20 to 35 percent of newborns. In the past, ear deformities were often overlooked due to parents’ understandable desire to avoid a surgical procedure. As a result, many parents simply hoped their child’s irregularly-shaped ears would self-correct as they grew older. Today, the EarWell® Infant Ear Correction System offers a largely effective solution to repair congenital ear deformities without surgery, needles, invasiveness, or anesthesia. Developed by Dr. Steve Byrd, this treatment can be completed in only six to eight weeks and boasts a 95 percent success rate when performed on infants less than three weeks old.

EarWell® is a FDA-approved, non-surgical device designed to correct ear deformities in infants. This is accomplished by gently molding the affected ear during the early stages of development, allowing the cartilage to form the desired ear shape. Manufactured by Becon Medical Ltd, the EarWell® Infant Ear Correction System is made up of four pieces:

Ear molding with EarWell® is only successful if your newborn is young enough to receive treatment, with the best results usually achieved in infants who are less than three weeks old. Although treatment may provide some improvement for slightly older infants, the ear cartilage is often less flexible after three weeks of life. The EarWell® device is a housing unit to keep the ear mold in place for an average of 10 to 14 days. This has led to both the success of ear molding in the last decade and interest in non-surgical correction of ear anomalies.

What is Infant Ear Molding?

Infant ear molding refers to a treatment process designed to correct an ear deformity by reshaping the ear while the cartilage is still pliable. This can correct the deformity without surgery and allow patients to develop a normal ear shape for the rest of their lives. Successful ear molding typically relies on early identification of an ear deformity, followed by early intervention of treatment. The sooner infant ear molding is pursued to improve a congenital deformity, the higher the likelihood that correction can be achieved without invasiveness.

What are the Benefits of the EarWell® System?

EarWell® offers a wide range of benefits when compared to surgical ear correction procedures. For infants who are born with an ear deformity, EarWell® can cancel the need for future plastic surgery. Unlike other treatments, the EarWell® Infant Ear Correction System is:

Early intervention with EarWell® can also help prevent the teasing, insecurity, and self-consciousness often experienced when a child grows up with irregularly-shaped ears. Dr. Eric Payne, our EarWell® specialist and craniofacial plastic surgeon, can walk you through the benefits and limitations of this system during a consultation.

Is EarWell® Right for My Child?

EarWell® can correct a wide range of ear irregularities in newborns. A key factor in determining candidacy is whether your child is young enough to successfully undergo treatment. The EarWell® process should start within three weeks of life if possible — the sooner infant ear molding therapy begins, the better. You may consider ear molding with EarWell® to reconstruct your child’s ear shape if:

Thanks to the non-invasive nature of treatment, the EarWell® device can be successfully applied to virtually any newborn who is a good candidate for infant ear molding. Dr. Payne learned these techniques under the direct training and mentorship of Dr. Steve Byrd, who pioneered the development of EarWell®, and would be happy to evaluate your child’s ears to determine whether infant ear molding can reconstruct their ear shape.

How is the EarWell® Device Applied?

These steps can be completed effortlessly in a short period of time by our skilled staff. After EarWell® is placed, Dr. Payne will provide detailed instructions regarding how to monitor the device and keep the adhesive intact. He may also conduct follow-up appointments to help ensure your child’s treatment is proceeding as expected. Results should gradually unfold over the following six to eight weeks.

Treatment with EarWell® is very simple and starts with an in-office appointment, where Dr. Payne will secure the appliance on your baby’s ear(s) to begin the ear molding process. The process for application of the ear mold is efficient and painless. Over time, the soft cartilage of the ear will start to be re-molded to the contours of the device, effectively restoring a normal-looking ear shape. Dr. Payne will fully explain what you can expect during the course of ear molding therapy and provide instructions to help you manage treatment. Since EarWell® uses adhesives to stay in place, it’s important to keep the device as dry as possible. If the EarWell® appliance somehow becomes dislodged or unsecured, please contact our Houston office immediately.

The length of time it will take for your baby’s ears to become properly formed depends on when you started the process — in general, the sooner ear molding begins, the faster the duration of treatment. In some rare cases, ear correction can take as little as two weeks. After approximately four to six weeks, your child’s ears should be successfully reconstructed to achieve a normal, natural-looking ear shape.

What Results Can I Expect From EarWell®?

EarWell® can achieve lifetime correction of your child’s ear, thereby eliminating the need for ear reconstruction surgery in the future. The device boasts a success rate of about 90 percent for children who are young enough for infant ear molding therapy. Amazingly, the outcomes achieved are considered to be on par with or better than the results typically attained during surgery. We encourage you to explore our infant ear correction before-and-after photos to see how EarWell® can successfully repair an array of different deformities, including cryptotia, helical rim ear, and Stahl’s ear, among many other types of congenital conditions.

What are the Risks of EarWell®?

Since this procedure is done in the office without anesthesia, the main risks of surgery are eliminated. There is no risk of anesthesia or reaction to medications. The only complications seen during treatment are minor and occur in less than 5 % of cases.

The two complications seen include minor allergic skin reactions and/or skin excoriations that typically heal within 2 weeks without a scar. The skin breakdown problems observed typically occur when the device becomes loose, causing rubbing of the pieces against the skin. It is important to notify your physician when the device becomes loose so it can be replaced or secured. Do not remove any scabs covering the skin breakdown. These skin breakdowns can be treated by relieving the pressure and applying a small amount of antibiotic ointment to the affected area.

What Experience Does Dr. Payne Have With Ear Molding?

Dr. Phileemon Eric Payne has been using the EarWell® system for molding of infant ear deformities since 2011, shortly after the first published paper on the device. He trained under the mentorship of Dr. Steve Byrd in Dallas — the inventor of EarWell® — and has even done research on ear molding. With experience treating over 500 children’s ears along with performing complex ear molding techniques, Dr. Payne is uniquely and extensively qualified to treat infant ear deformities with ear molding.

See our gallery for before and after photos and videos of ear deformities. 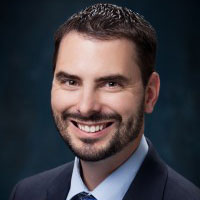 Phileemon Eric Payne, MD was trained in plastic surgery at the University of Texas Medical School at Houston. He has completed an additional year of fellowship training in Dallas at Medical City Children’s Hospital, a leading children’s hospital in the subspecialty of craniofacial surgery.